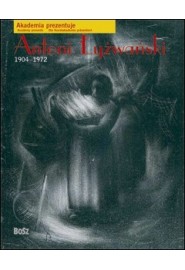 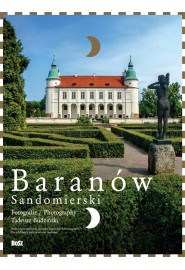 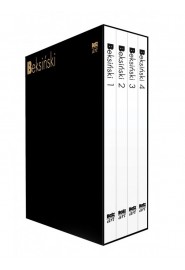 150 Years of Polish Painting by Maria Anna Potocka is a richly illustrated collection of nearly fifty essays on the most distinguished Polish artists since the second half of the 19th century until the modern times.

The book “Adamczyk. Posters” with the foreword by Zdzisław Schubert presents the works of an accomplished modern poster artist, Mirosław Adamczyk.

Another mini-album in the Painting series is dedicated to the works of Aleksander Gierymski – one of the most outstanding artists associated with Polish realism and impressionism.

Alfred Lenica ( 1899-1977) is considered one of the most significant artists of the Polish 20th century avant-garde. He was a co-founder of the 4F + R Group, participated in the 1st Exhibition of Modern Art in Poland, was a member of the Cracow Group, friend of Tadeusz Kantor, Jerzy Kujawski and Erna Rosenstein;  his works were exhibited at numerous art shows in Poland and abroad, and he is credited with painting the very first Polish picture in the Tachisme style as well as a large-size painting in the UN Building in Geneva. He was no less successful  as a family man: his son Jan became an eminent poster illustrator, and his daughter Danuta, a talented book illustrator and a professional pianist, married one of the greatest Polish contemporary writers, Tadeusz Konwicki.

The richly illustrated “Atlas of Legends” by Paweł Zych, the author of the popular “Slavic Bestiaries”, opens a new series on Polish tales. Divided into several parts, it presents stories from Lower and Upper Silesia, the Lubusz province and Greater Poland.

The album features the most precious and one of the best preserved renaissance edifices in Poland  - the former magnates’ residence in Baranów Sandomierski.

Beksiński 2 album is an unusual collection of Zdzisław Beksiński works. It comprises 1970's drawings, paintings of all creative periods, and computer collages, which prove how important to Beksiński is the use of a computer with all its possibilities.