Adam Daniel Rotfeld. In Search of a Strategy
47.52 zł 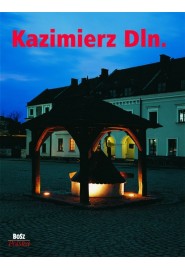 70 years ago, on 1 August 1944, over ten thousand poorly armed resistance fighters began to battle for the freedom of their city. The command of the underground Home Army, in deciding to take overt military action against the overwhelming numbers of German occupying forces, planned to maintain control over the city for a week to ten days.

Adam Daniel Rotfeld. In Search of a Strategy
47.52 zł

Adam Daniel Rotfeld. In Search of a Strategy is a book by an expert on international affairs, former minister of foreign affairs, Adam Daniel Rotfeld. It is a collection of texts published in magazines and various compilations between 2010–2017. It is accompanied by photographs of the author’s life.

The album with photographs by Marek Czasnojć leads us around the Baltic Sea coastline, showing a wealth of sceneries, forms and gems of national heritage of the countries whose past is inextricably linked to the Baltic Sea, enchanting with its austere beauty.

Beksiński. Photography is the first volume in the series on Polish artistic photographers. Zdzisław Beksiński was a photographer for a relatively short period of less than eight years.

The beautifully illustrated album presents the unique charm of the Bieszczady fauna and flora typical for each of the four seasons.

The subject of another album from the FOTO RETRO book series is the beauty of mountain nature, especially the Polish Bieszczady Mountains and Ukrainian Chornohora captured in fantastic photographs from the National Digital Archives’ collection. Thanks to these unique photographs, we can observe how the picturesque landscapes around Tarnica, Wielka Rawka or Hoverla have changed over the years.

1989 was a breakthrough year in Poland’s history. Chris Niedenthal , one of the best-known European photographers, was able to capture that great change, the decline and ultimate fall of communism in Poland, with masterly insight and irony.

This bilingual album features the earliest and least known artistic work of Zdzisław Beksiński – photography, with which he remained fascinated almost throughout the 1950s. Although the famous visionary artist consistently disparaged his juvenile fling with photography later in life, his earliest work is appreciated by art critics and academics alike.

Another mini-album in the series on the most famous Polish athletes focuses on Irena Kirszenstein-Szewińska, the three-time Olympic champion, seven-time Olympic medallist, five-time European champion and sixteen-time world record holder in the 60, 100, 200, 300, 400 metres, the 440-yard dash and the 4 × 400 metres relay.

Janusz Kusociński — the first mini-album in the Medallists series featuring famous Polish athletes presents Janusz Kusociński (1907–1940), 10,000 metres Olympic champion (Los Angeles, 1932), 5,000 metres European vice-champion (Turin, 1934), holder of a world record in 3,000 metres and 4 miles, and 10-times Polish champion, who was executed by a Nazi firing squad during World War II. His short and tragic, yet eventful history was told in this book by an accomplished sports journalist, Stefan Szczepłek.

Piotr Witosławski's photographs present Kazimierz Dolny, a small town beloved by artists, writers, and poets, and once an important commercial centre, showing its monuments, its delightful corners, and above all its unique atmosphere.