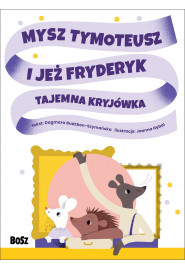 This book by Dafne Oleksy, a blog author running the Facebook page Bezglutenowi (Gluten-free), contains thirty-five recipes for tasty and healthy desserts for anyone with a sweet tooth, no matter their age.

There was a boy who loved painting. But he often forgot to wash his hands and left colourful fingerprints everywhere. On the bathroom door, on the table, on the kitchen wall, in his favourite book — the fingerprints were literally everywhere! The boy’s mum liked his paintings very much, but she did not like the fingerprints. One day, while cleaning the wall again, she had an idea… She sat by her son and asked him to leave a fingerprint on a piece of paper with his finger covered in paint. The boy was in the middle of painting a sky, so he left a blue mark. His mum took a black pen and added eyes, arms, legs and a smile to the fingerprint. Then, the fingerprint received a hat and an umbrella.

Kinga Grabowska-Bednarz, popular author of Flies (Muchy) and creator of the Mr. Fingerprint (Pan Paluszek) character this time invites all Readers – big and small – to accompany him on a rhyme-ridden adventure around the world.

“Devil Knows” is a continuation of “Devil and Company”, which was presented with the 2014 Best Polish Book for Children Award at the Children’s Literature Festival. It was created by a collaborating duet: a famous author of literature for children and adults, Agnieszka Taborska, and an accomplished illustrator and designer, Lech Majewski. 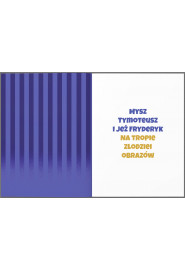 “Timothy Mouse and Fred Hedgehog. Hunting Art Thieves” by Dagmara Budzbon-Szymańska is a detective story for preschoolers and young children. The main protagonists, curious Timothy and sluggish Fred, accidentally learn about plans of stealing a famous painting from one of London museums.

The Small Bestiary. Invisible Helpers  is an outstanding read for youngsters who are passionate about stories of mythical beasts, dwarves and Slavic creatures. 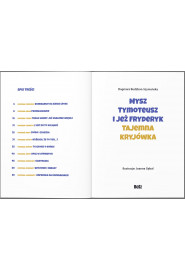